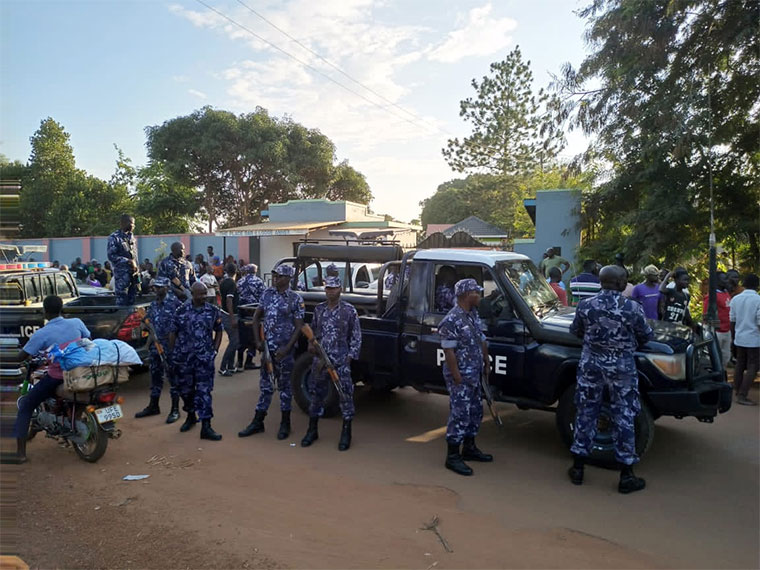 Appearing before the Parliamentary Human rights committee, EC boss Byabakama revealed that the Electoral Commission had written to police seeking answers on the arrests but had not yet got a formal response from them.

He also went ahead to discredit allegations that the commission engages in ballot stuffing stating that himself and the Electoral commission do not engage in any form of ballot stuffing revealing that whenever ballots are printed, candidates are informed of the serial numbers of each ballot.

Byabakama has also distanced himself and the commission from engaging in any form of ballot staffing, saying whenever the commission prints ballot papers it ensures the serial numbers of each ballot is shared with candidates.

During last week’s Soroti by-election, more than 40 people including the Forum for Democratic Change (FDC) party President, Patrick Oboi Amuriat, were arrested in a security raid on Elisian hotel in Soroti city where the FDC members had set up a camp to monitor the Soroti East MP by-election.