Museveni fires back at Odinga over ‘unfriendly’ comments on Uganda 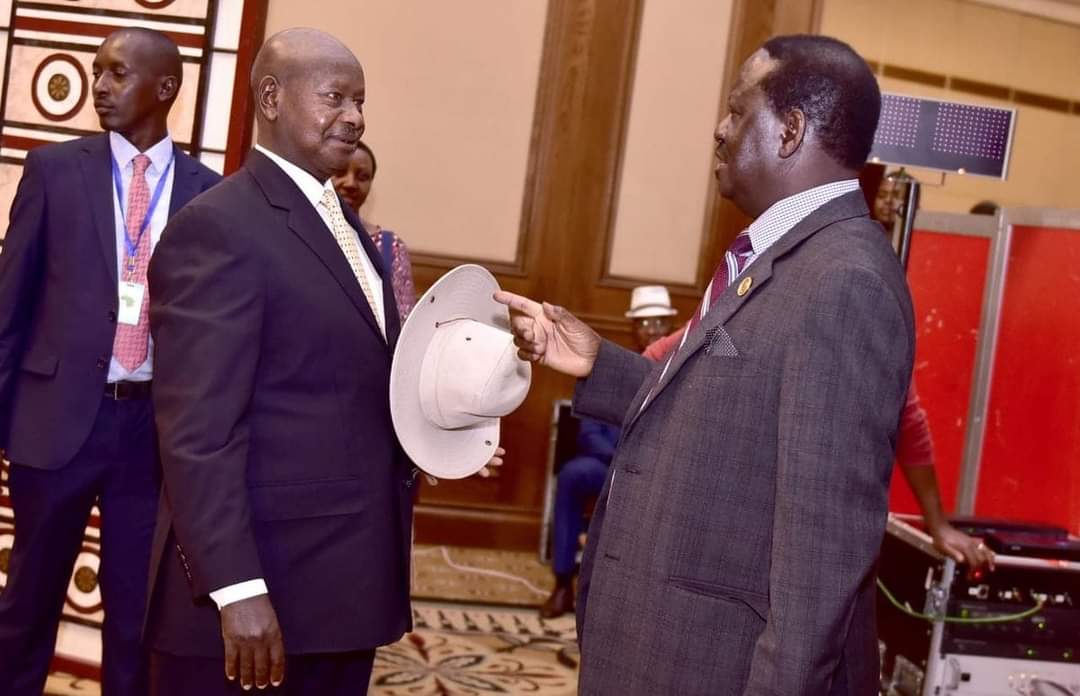 “Raila Odinga was only trying to find out which piggmy is shorter than the other,” Gen Museveni counters Odinga’s statement about Uganda being so poor.

While addressing a congregation during one of his campaign speeches, Kenyan Presidential candidate Raila Odinga asked Kenyans not to compare their country to the poorest countries in the region like Somalia, South Sudan and Uganda but rather to more advanced countries because Kenya is better than them.

The provocative statement did not land well in the ears of Uganda’s 4 star General who also doubles as the Uganda President since 1986. Gen Yoweri Kaguta Museveni was tempted to respond bitterly.

SEE ALSO: NUP to back Odinga for Kenyan Presidency

According to the General, Odinga was simply trying to compare and find out which piggmy was shorter than the other. Museveni used this narrative to explain what Odinga meant adding that he doesn’t have time for such irrelevant comparisons because they add nothing to the development of Uganda and East Africa.

Museveni added that Odinga forgets Uganda and Kenya have got different histories with Uganda having gone through the worst political turmoils during the 60s, 70s and 80s which led to the total break down of the economy while Kenya has been stable since independence.

Museveni added that but even with such a horrific history , Kenya has not gone so far from Uganda interms of economic development and thus Odinga’s thinking is absolutely not worth discussing.

By statistics, Kenya has the biggest economy and GDP per capita in the East African region with Tanzania coming second while Uganda 3rd.